*It is better to debate a question without settling it, than to settle a question without debating it”,* Joseph Jobert. On July 28, 2022, our school hosted yet another triumphant edition of the illustrious *Rajmata Gayatri Devi Memorial Inter-School English Debate,* to honour the invincible spirit of our beloved Rajmata, at the Maharani Mahal, Rambagh Palace, Jaipur. The Rajmata Gayatri Devi Memorial Inter-School English Debate, is one of the many programmes that venerates our iconic founder. The Chief Guest for the event was Maharaj Jai Singh Ji, Chairperson, MGD Girls’ School. Dignitaries including Mrs. Jane Himmeth Singh, Ms. Nirmala Durlabhji, Madam Principal, Mrs. Archana S Mankotia, Administrative Officer, Col. S S Sangwan, Mrs Sangwan, Col. Mankotia and other guild members also graced the occasion. The debate received participation in teams of three from a total of eleven schools from across the city, who zealously competed in the three rounds of the event- ‘Ex-Quiz-It’, ‘Speech Smiths’, and ‘Verbal Joust’. The honourable jury of the Rajmata Gayatri Devi Memorial Inter School English Debate consisted of Mr. Kartik Bajoria, Ms. Alka Batra, and Ms Tusharika Singh. The event commenced with the welcome address by Madam Principal, Ms Archana S Mankotia, during which she greeted all present as audience and enlightened them on the history of debates as an integral part of human civilisation, while giving examples from Indian History and Mythology, that discusses debating as an art since times immemorial. She also expressed her pleasure in welcoming everyone to an offline edition of the Rajmata Memorial Debate after two seemingly long years. This was followed by an overview of the event presented by Nandini Terapanthi, Head Girl, MGD Girls’ School, Jaipur. Before beginning with the final round, an intermission for the group photograph with the present dignitaries for all team members, student cabinet, and teacher incharges took place . The final round was followed by an address by Jury Members. The event concluded with an address by the Chief Guest, Maharaj Jai Singh Ji, in which he expressed his happiness with the performances and emphasised on the delivery of words being more convincing than the choice of vocabulary. He also stated the importance of debating skills in all spheres of life, and gave an example of the Father of our Nation, Mahatma Gandhi , as an epitome of the power of persuasion. This was followed by Prize Distribution by Madam Principal and Ms Jane Himmeth Singh, the presentation of the token of appreciation to the judges and escort teachers from guest schools.The Vote of Thanks was presented by the Cultural Captain Pari Patni, where in she expressed her gratitude on behalf of the entire student body to our Chief Guest and other Dignitaries for their gracious attendance, the school and Madam Principal for the opportunities, and Rambagh Palace, Jaipur for their unflinching support. Vanisha Sharma was adjudged the best speaker, from Maharani Gayatri Devi Girls' School. The Rajmata Memorial Debate Running Trophy for Best Team was won by: *Jayshree Periwal High School* . A team comprising of Gauri Bhatnagar Ratyansh Garg Seerat Virk 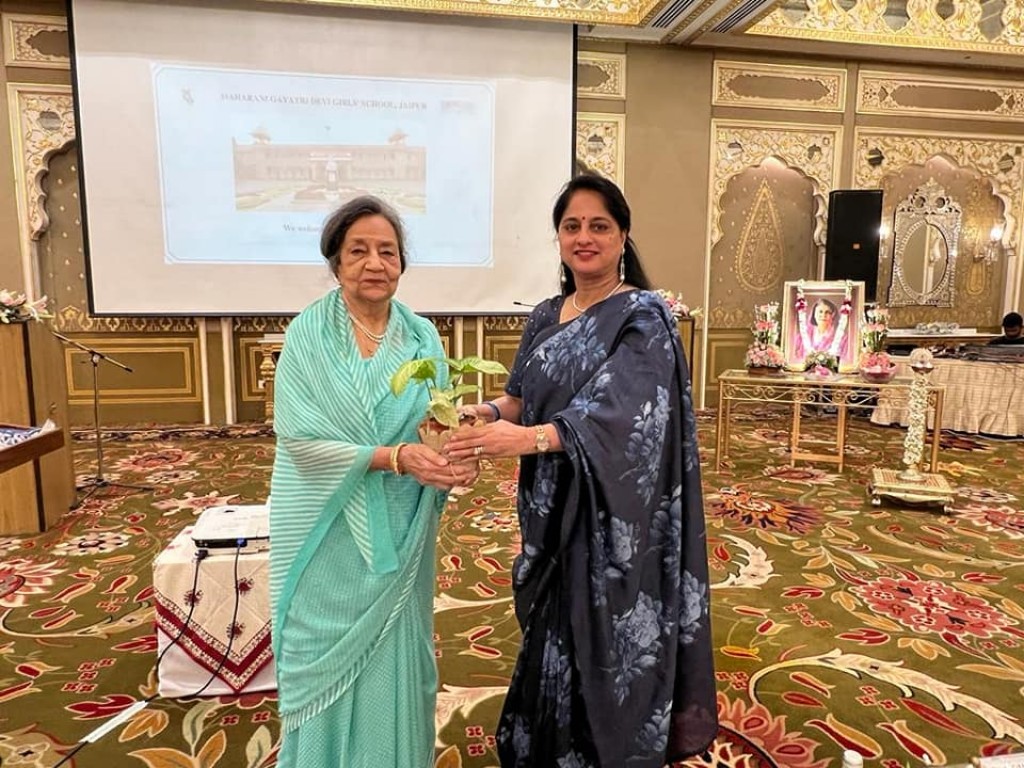 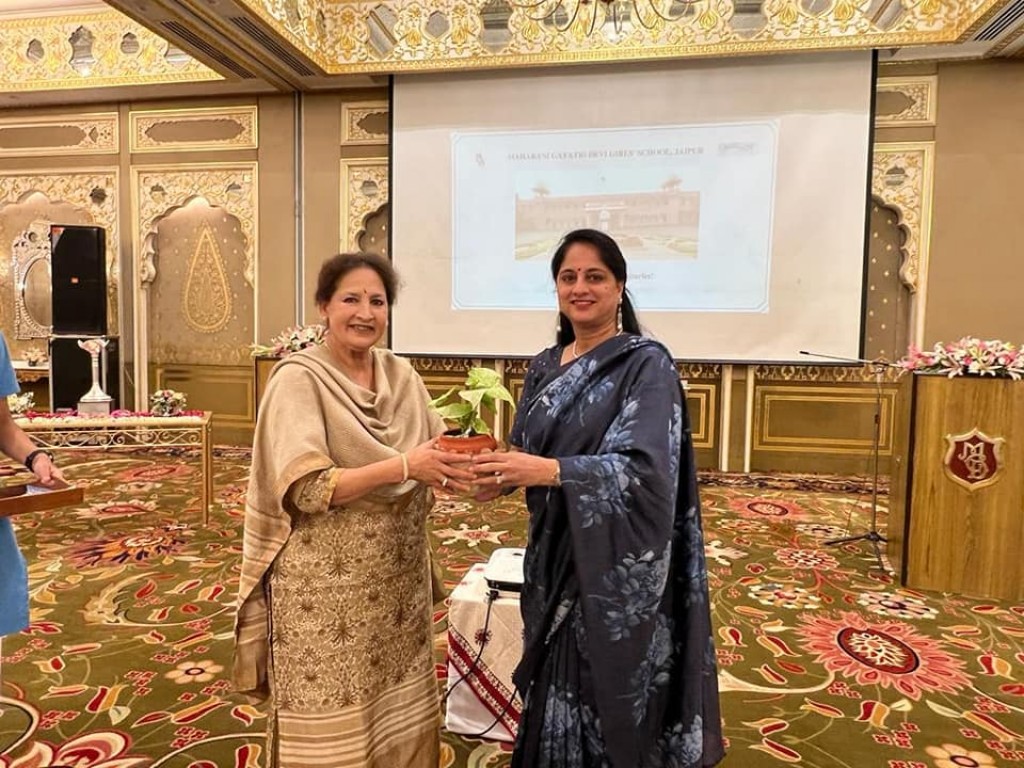 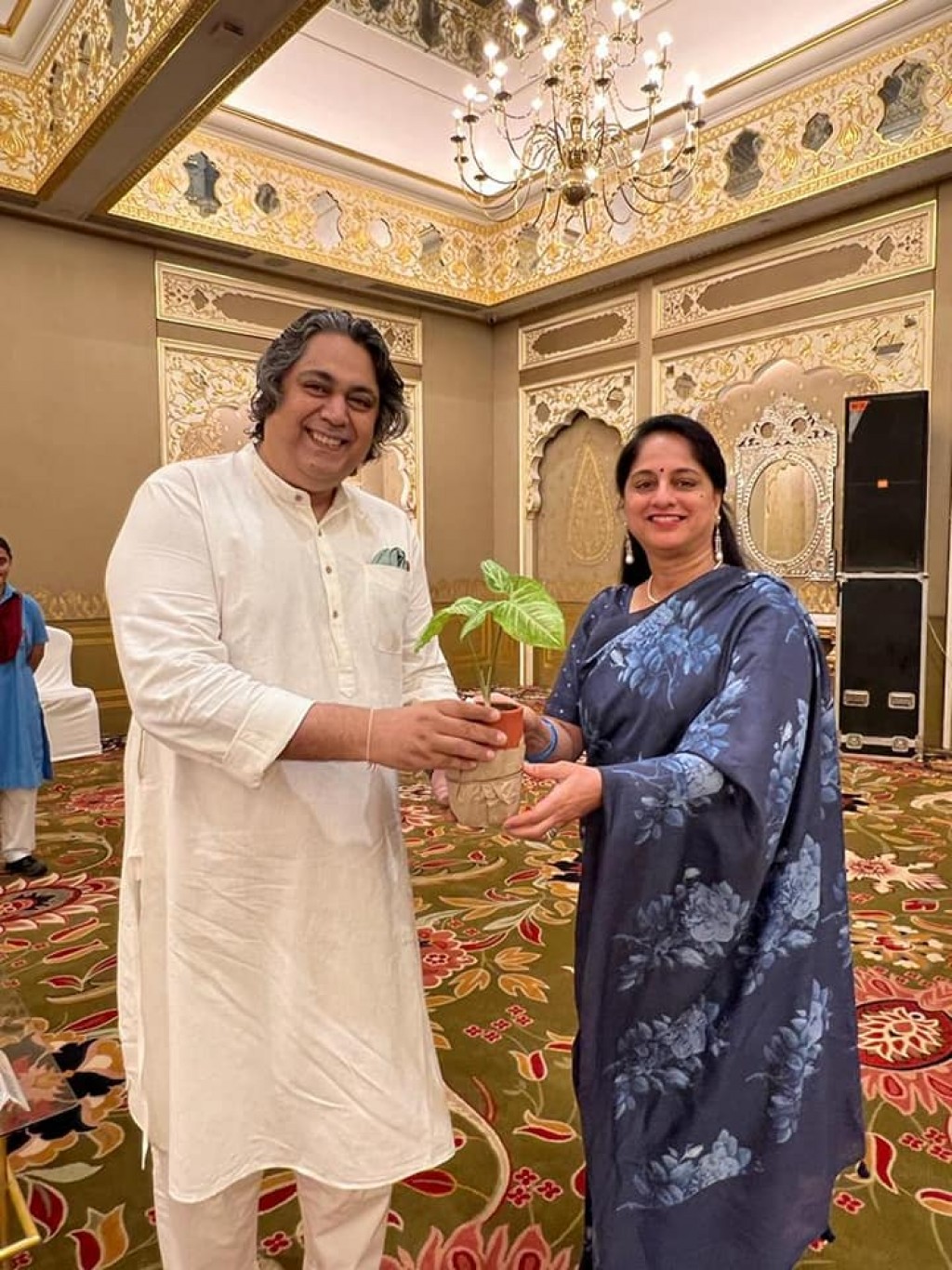 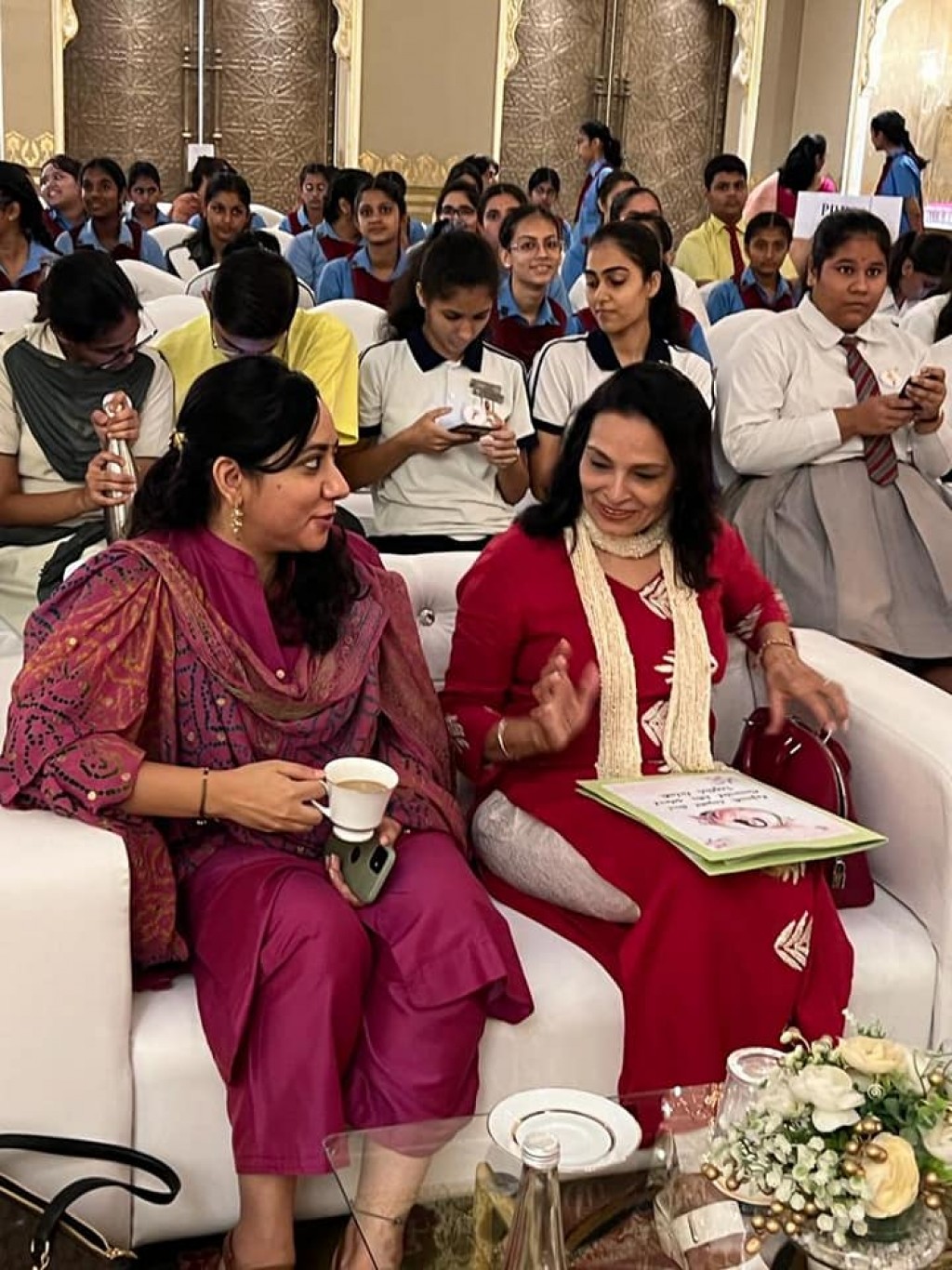 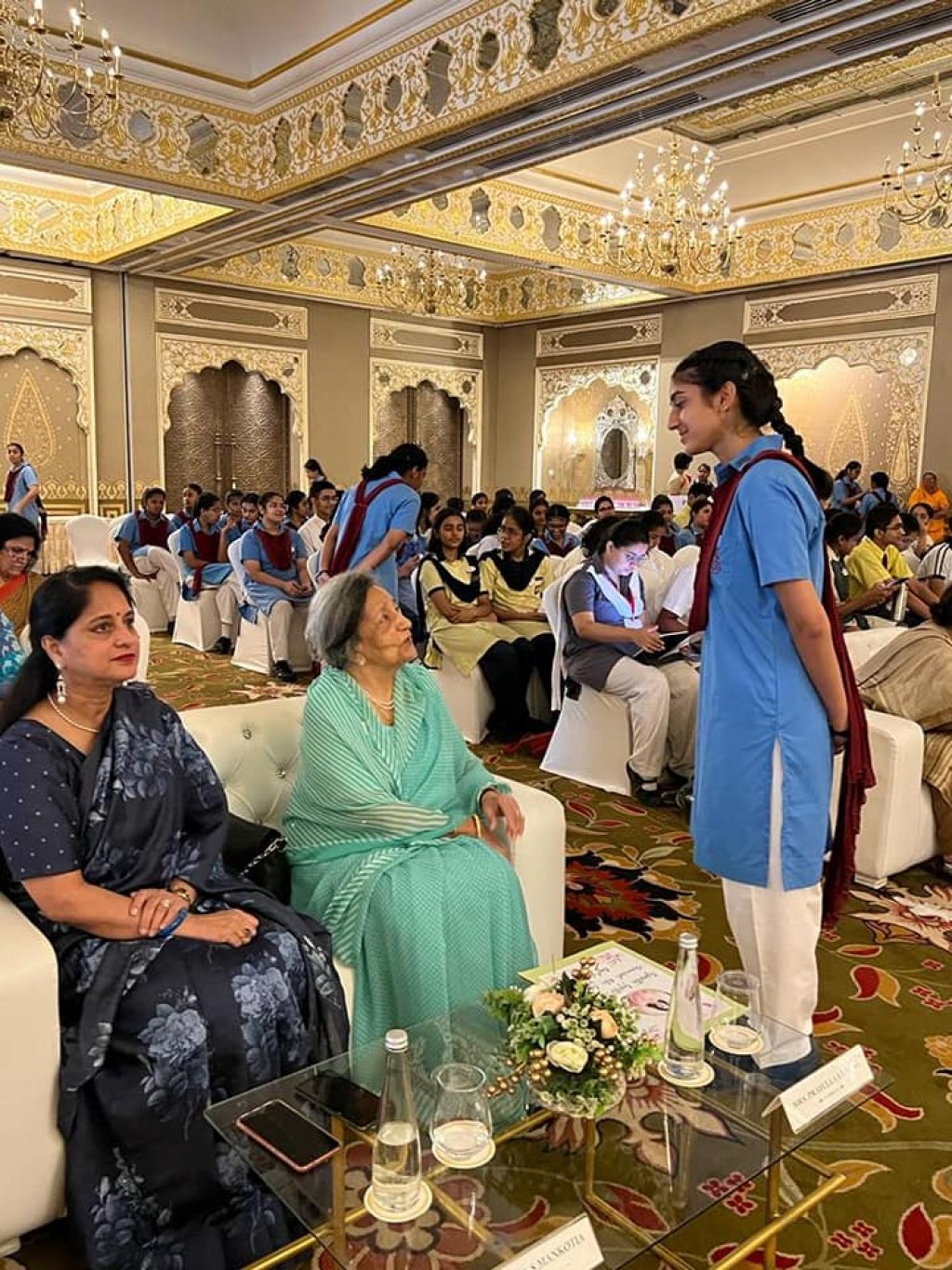 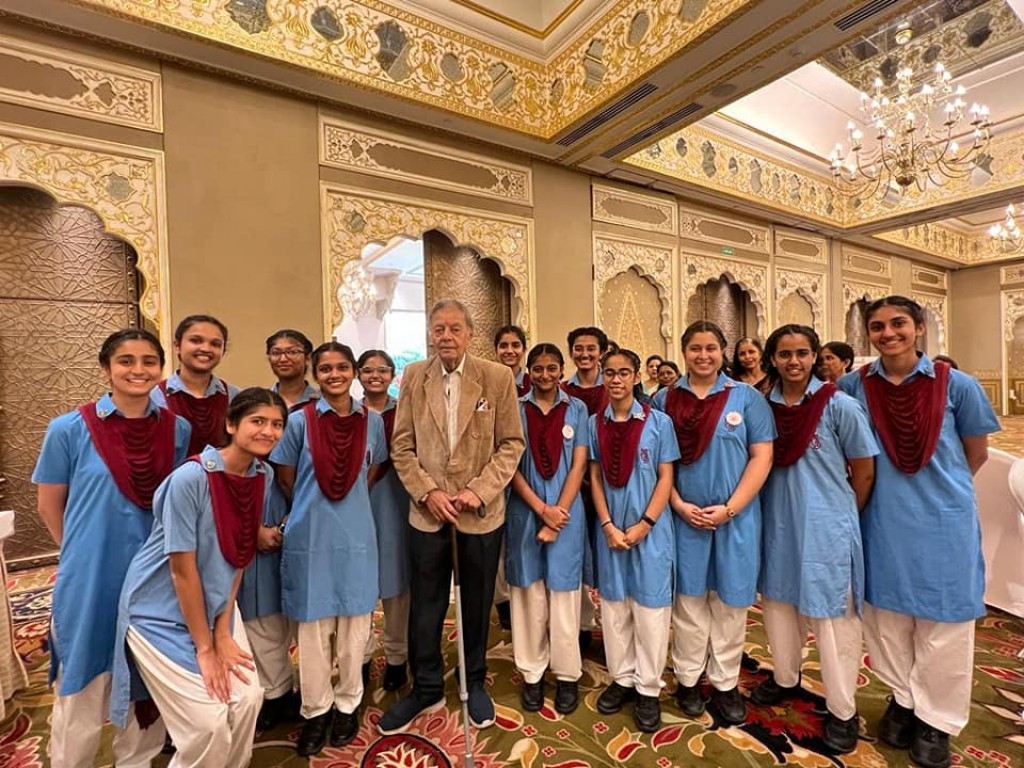 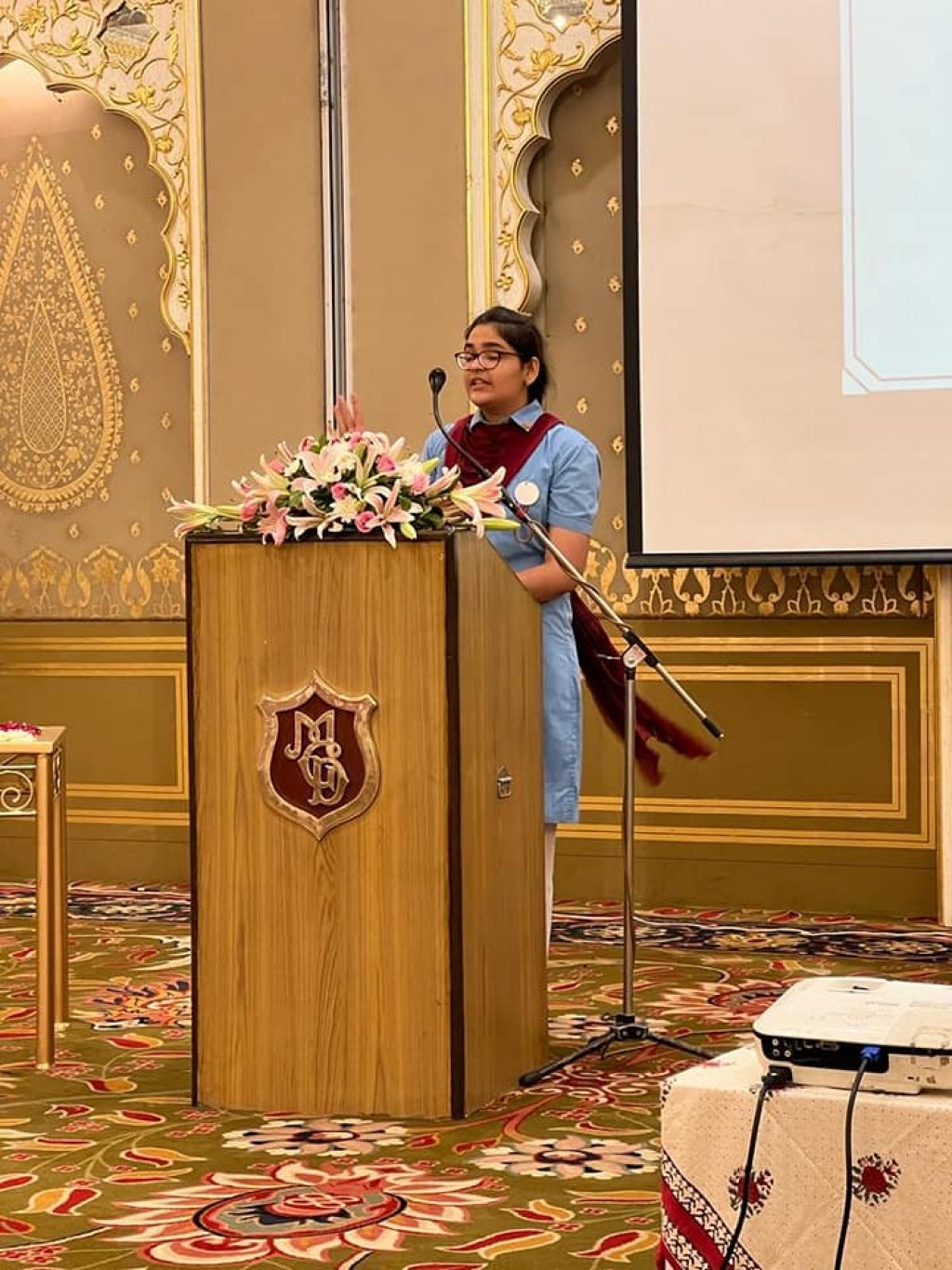 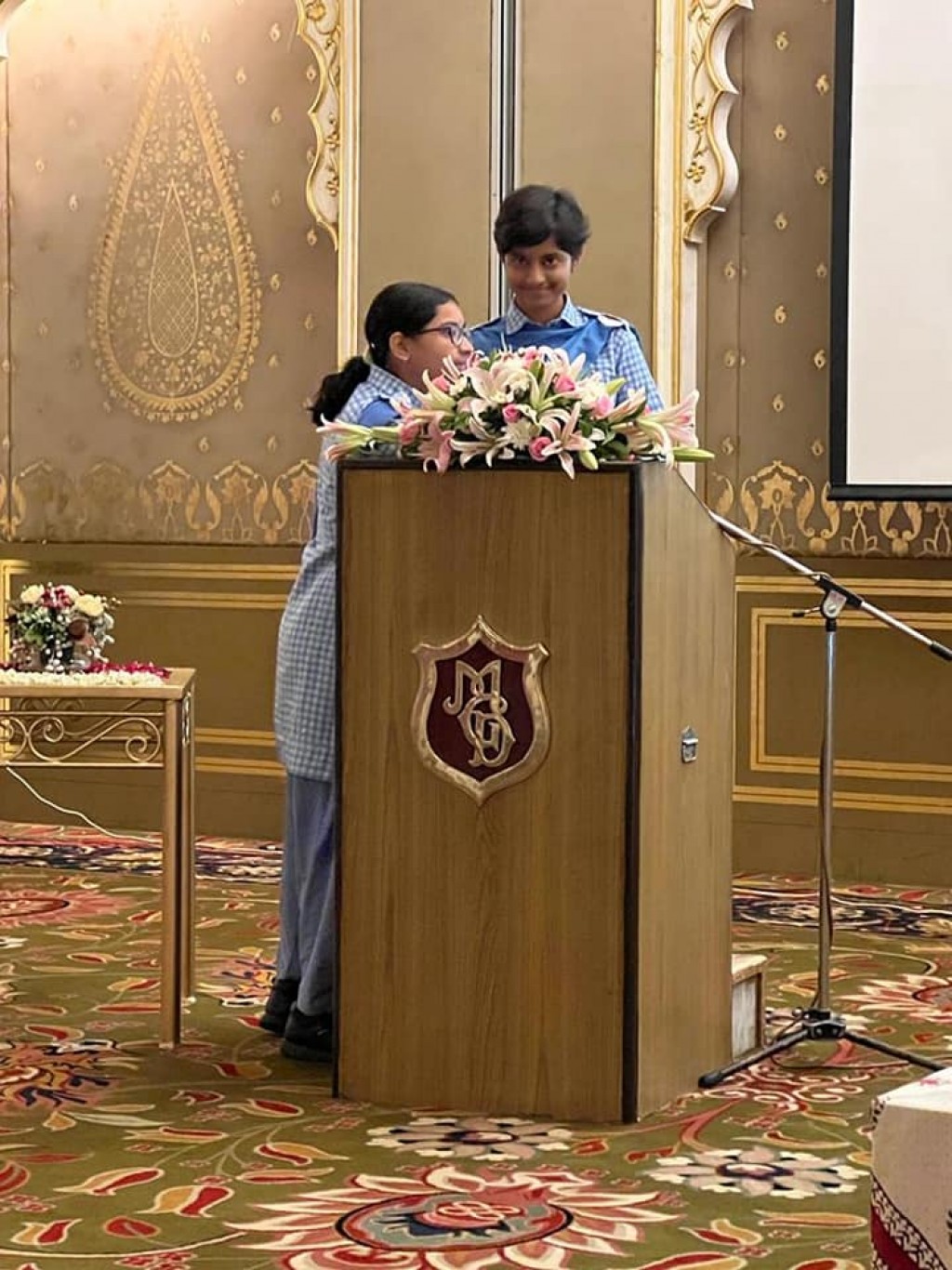 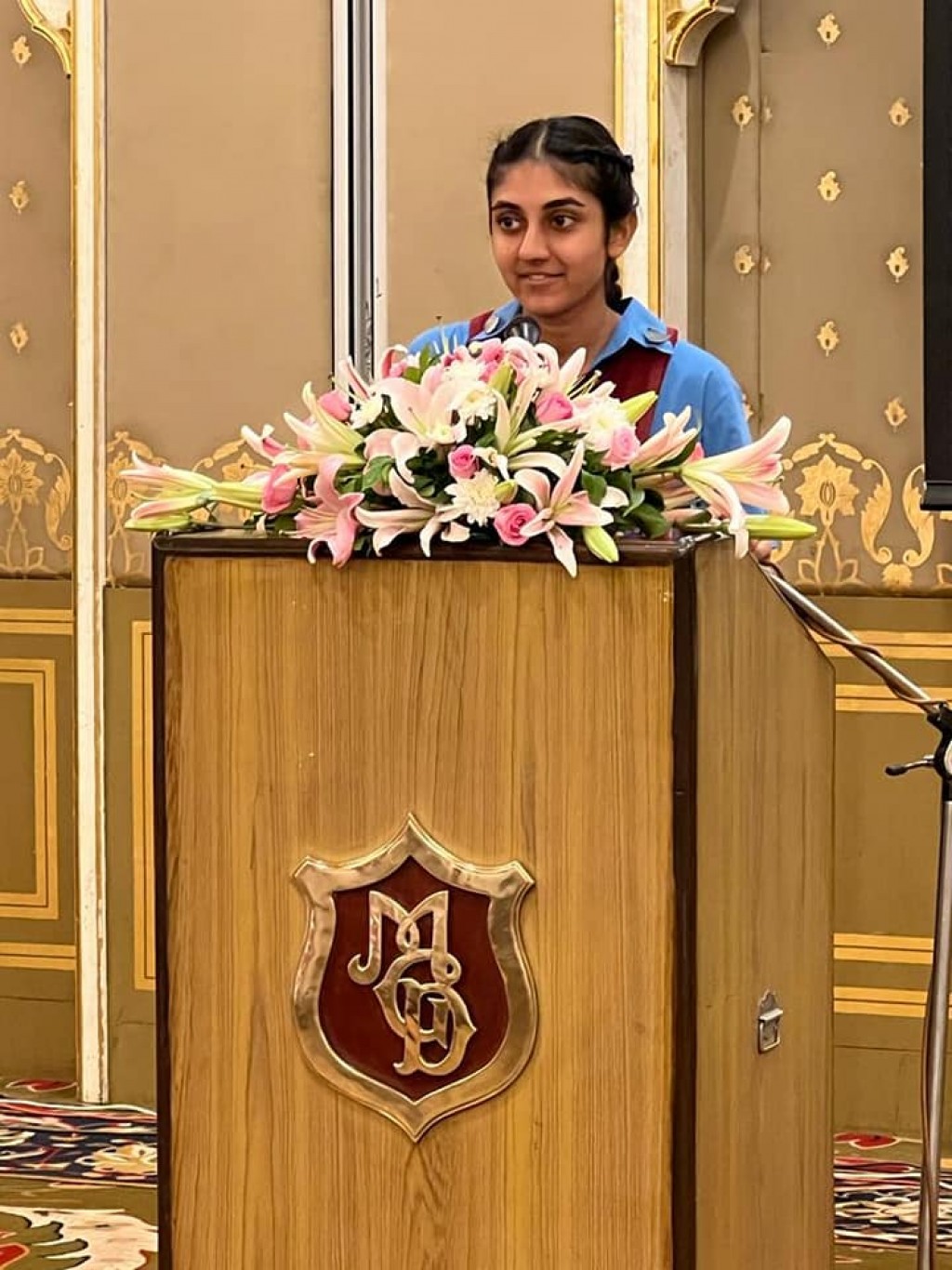 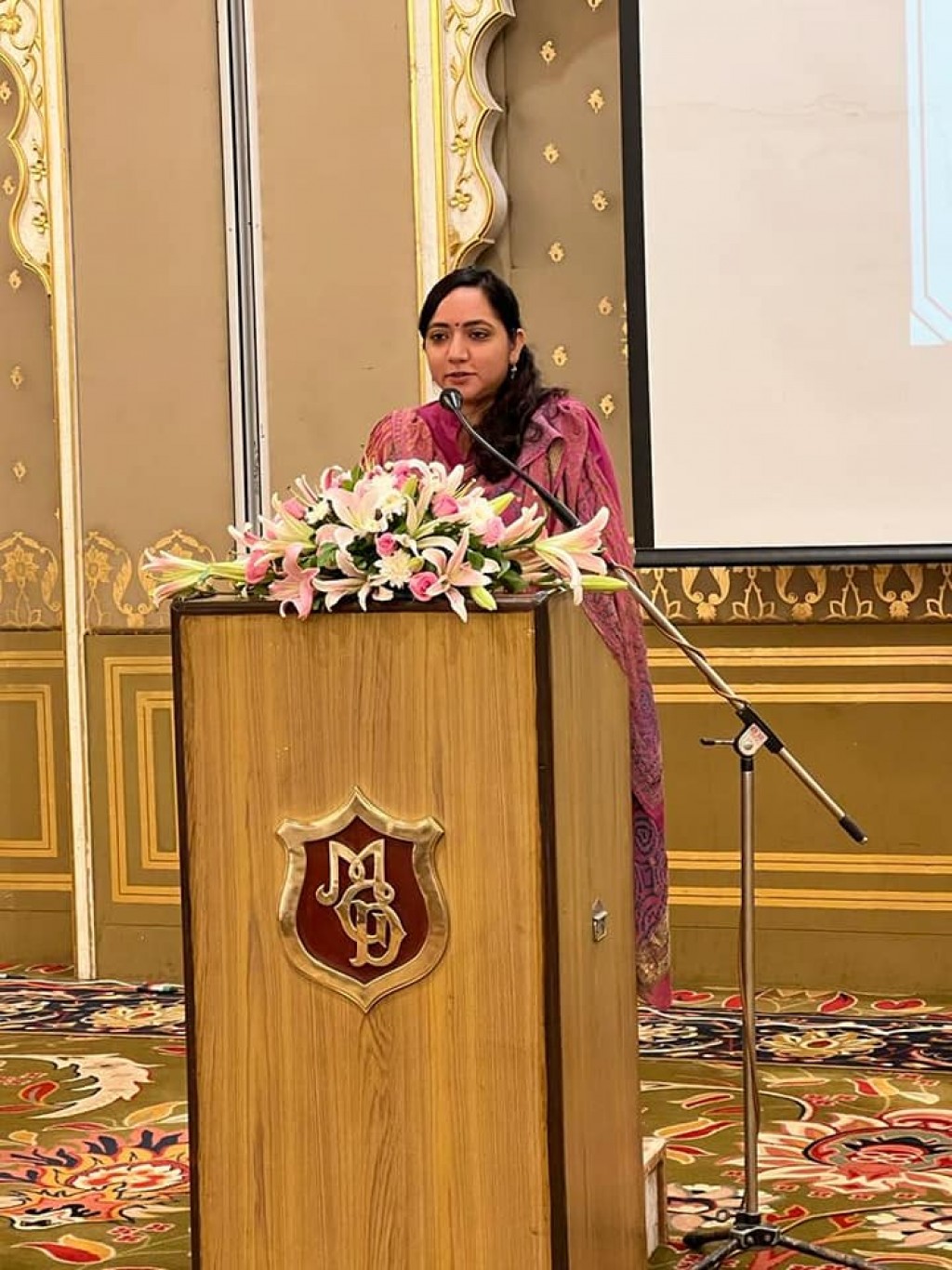 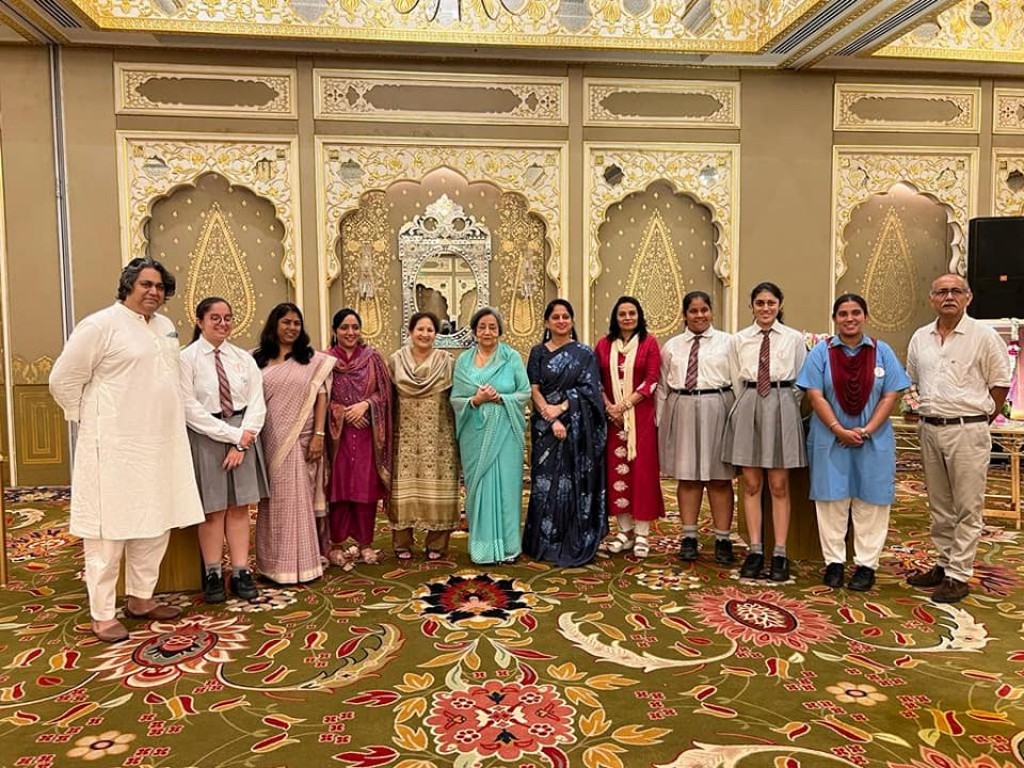 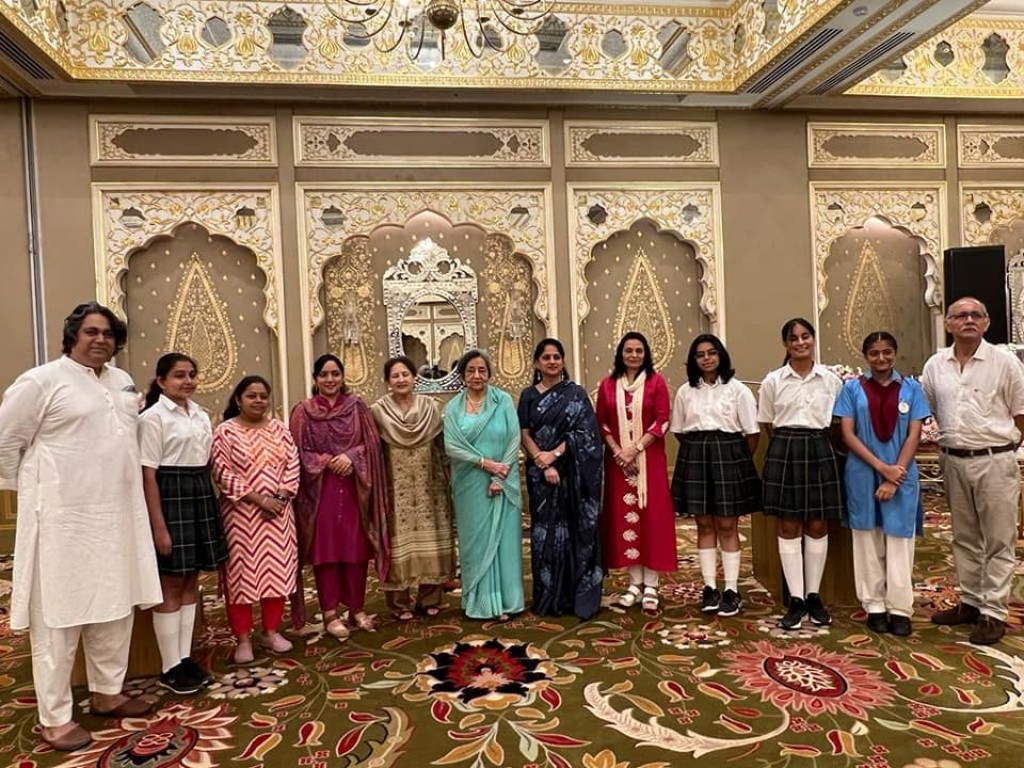 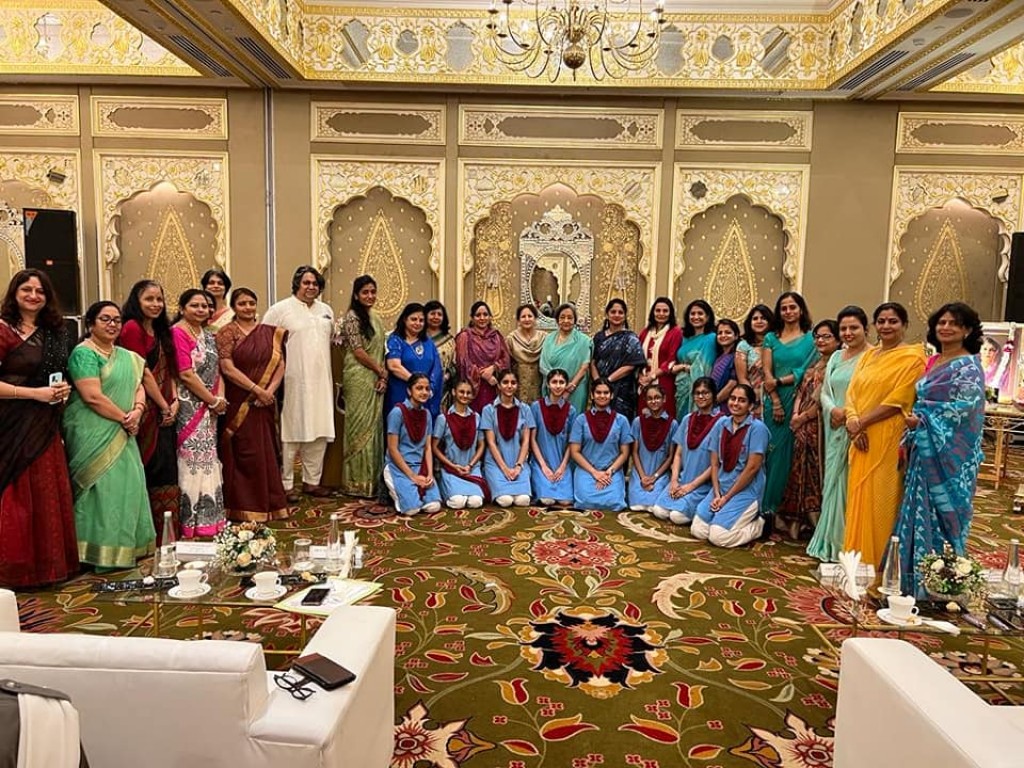 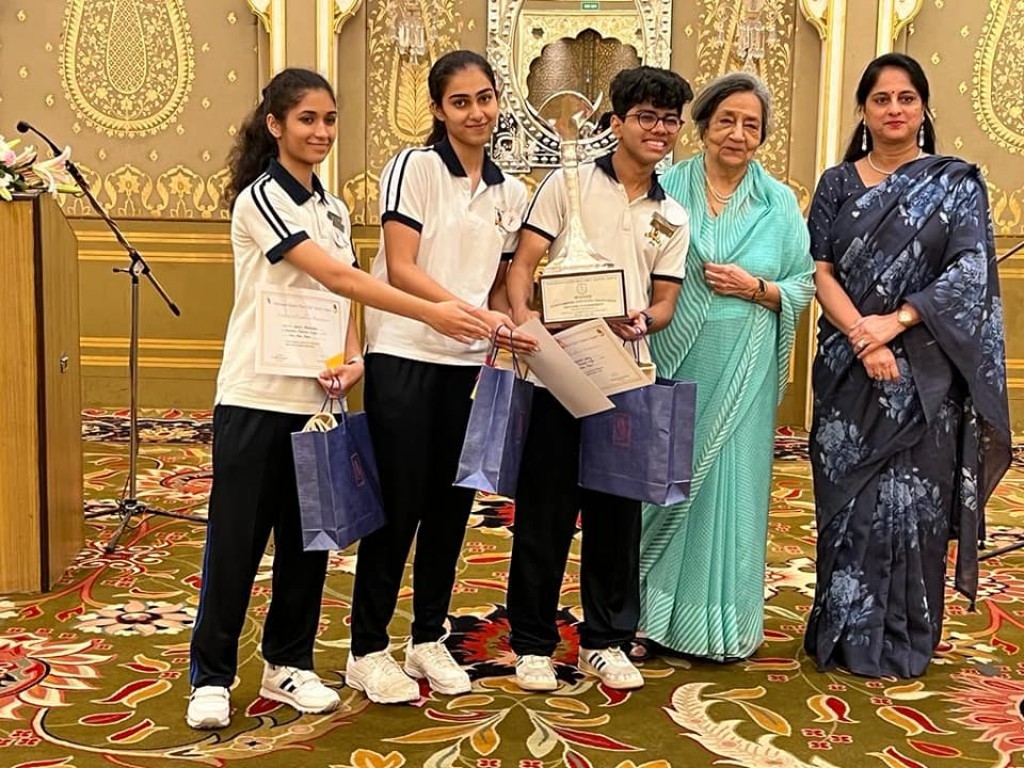 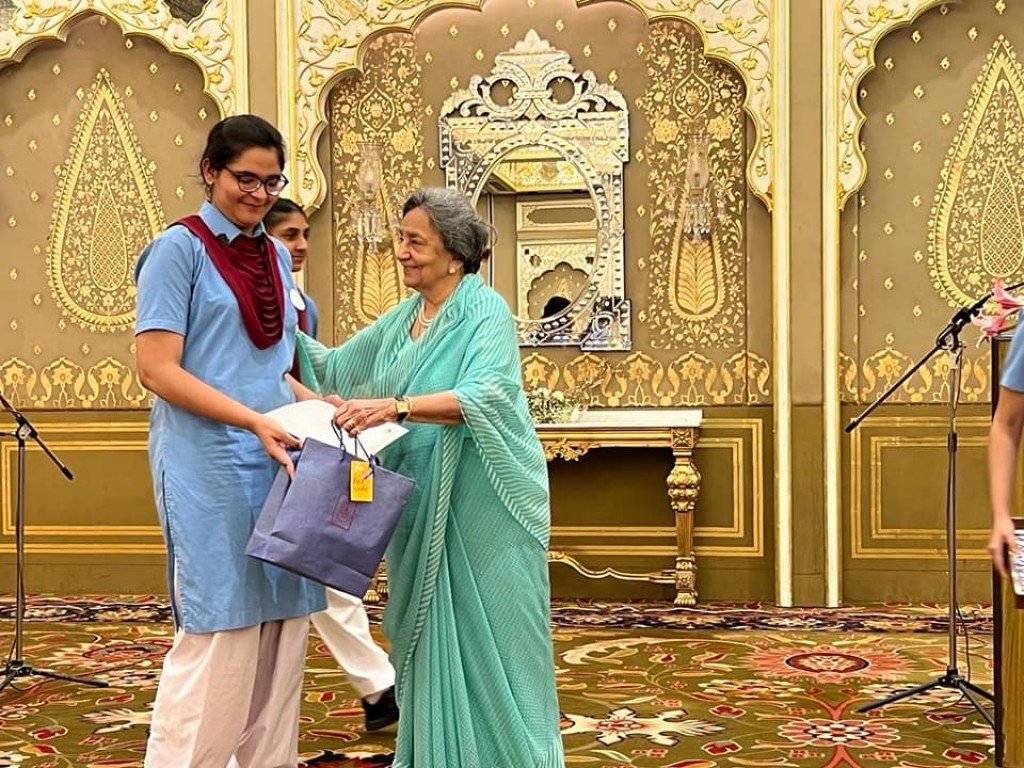